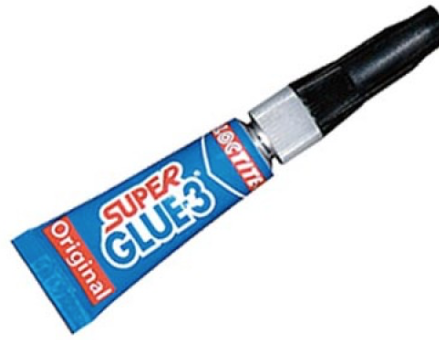 Why I don’t use Super Glue in my Practice

Did you know that studies that have looked at the success of SuperGlue for vein closure do not use this definition?

Their definition of COMPLETE CLOSURE does not mean 100% of the treated vein is closed.  The definition of COMPLETE SUCCESS for SuperGlue allows multiple segments of 5cm that fail to close ie there could be 100cm of vein that has failed to close but so long as each segment is not more than 5cm long they define this as COMPLETE CLOSURE.  If these segments are more than 5cm long, only then, do they say there has been ‘partial recanalisation’ of the vein.

So when you see people quoting equivalent success rates to old lasers and RFA, remember, their definition of success is not 100% of the treated vein is closed, you could have most of the vein still open and they call it COMPLETE CLOSURE.

Remember also, SuperGlue, Cyanoacrylate, is a foreign substance that stays in your body.  This means if you have any autoimmune disease such as SLE, Rheumatoid, Psoriasis, thyroid disease etc, you must not use glue.

The even greater concern is when the glue fails, there are no other treatment choices.  You cannot easily re-glue the vein, you cannot use RFA or laser as you can’t heat the glue and if you can’t do surgery unless you want to cut the leg open to take the vein out.

Treatment with Laser: 100% of vein is closed.

The first-ever 60-month data on Medtronic’s VenaSeal closure system were presented on Tuesday, indicating that at five years, treatment with the cyanoacrylate adhesive for closure of diseased vein segments was not inferior to the alternative treatment arm of radiofrequency ablation (RFA). Nick Morrison of the Center for Vein Restoration in Mesa, USA delivered the outcomes during a superficial venous session of the Venous & Lymphatic Challenges programme.

The data were the result of long-term outcomes from the VeClose study, in a five-year follow-up extension of the trial’s original three-year follow-up period. Morrison explained that in order to continue to assess the safety and efficacy of the VenaSeal closure system for the long-term effect of the closure, Morrison and colleagues “wanted to follow up as many patients as we could gather out to five years”. Of the original trial’s 222 patients, the extended VeClose study was able to enrol 89 patients, of which 47 had been randomised to VenaSeal cyanoacrylate and 33 randomised to RFA with Medtronic’s ClosureFast system; the remaining nine patients were roll-in cyanoacrylate patients.

The primary endpoint of the extension study was complete closure, defined as Doppler ultrasound examination showing closure along the entirety of the treated target vein, with no discrete segments of patency exceeding 5cm. Among the randomised patients, this endpoint of closure rates were sustained long term, with “no new failures reported and non-inferiority demonstrated through 60 months.” Morrison reported a 91.4% closure rate in the VenaSeal arm, versus 85.2% in the RFA arm.

Reducing the need for compression and anaesthesia

“VenaSeal uses an advanced medical adhesive to safely and effectively close the diseased vein segment”, Morrison said, outlining benefits of a treatment that is non-thermal, non-tumescent and non-sclerosant. One “main advantage” highlighted by Morrison is the rapid recovery period for patients, and importantly for patients living in warmer climates, a reduced need for compression stocking therapy post-procedure is key for patients “who just cannot tolerate compression hosiery. [With VenaSeal] there is no need for compression hosiery, which is very nice in a hot climate.” When choosing between the treatment modalities of RFA versus cyanoacrylate glue, Morrison tells CX Daily News that beyond this key benefit, the choice “comes down to practicality. Because we do not have to use a tumescent or anaesthesia, that is an advantage to patients—even if they may not be aware of it, if they have not had a procedure in the past—the lack of tumescent is certainly an advantage.”

The rapid recovery period is a factor that initially led Kathleen Gibson (Bellevue, USA) to consider VenaSeal an “ideal option” for a younger, less diseased patient population who value the ability to return to physical activity as soon as possible and are less inclined to wear stockings. However, Gibson adds that the cyanoacrylate therapy is further suited for the elderly with medical comorbidities, advanced venous disease and reduced mobility, who may not be able to apply their compression stockings.